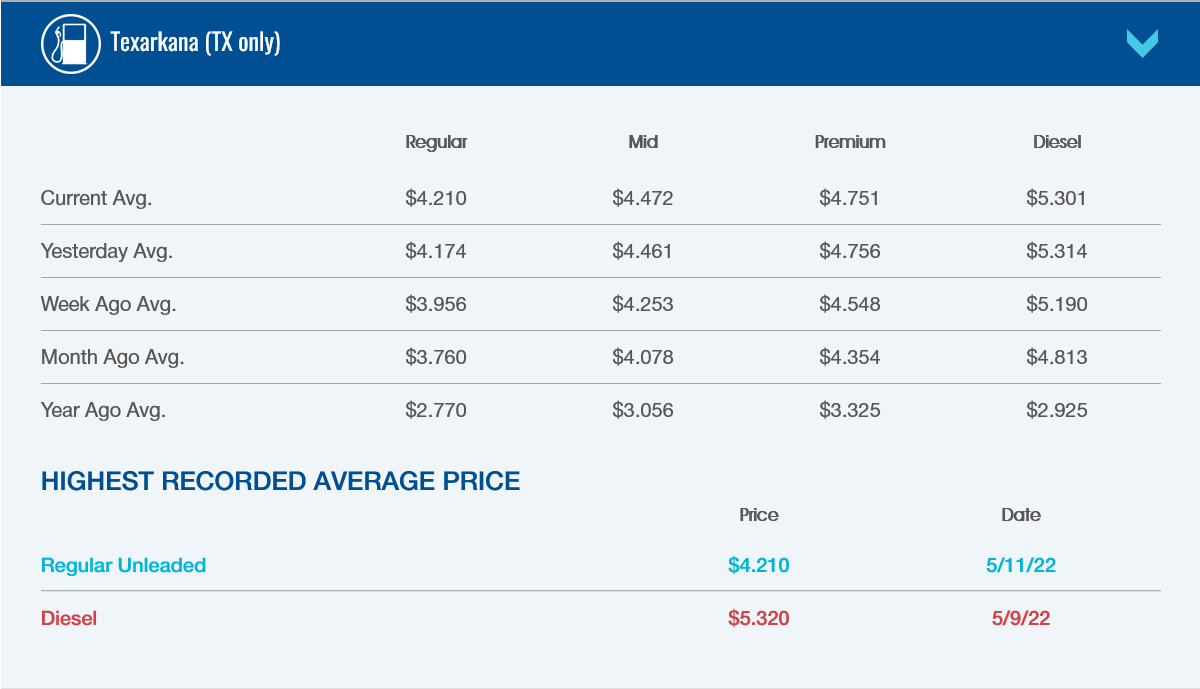 Drivers are paying more at the pump—a lot more—as the cost of gasoline moves steadily higher.

In the past two weeks, the national average for a gallon of gasoline has risen 20 cents to $4.32, a penny less than the record high set on March 11. The increase is primarily due to the high cost of crude oil, which was hovering near $100 a barrel last week and is now closing in on $110.

“It’s really jumped in just the last month, and we kind of saw it dip a little bit, but now as we get closer to summer driving season with the increase in demand, we’re seeing that go back up,” said AAA Texas spokesperson Daniel Armbruster.

Still, Texans are paying less for gas than residents of most other states. Texas has the eighth lowest gas price per gallon average in the country.

Why are gas prices surging again?

Armbruster said the volatile price of crude oil, at more than $100 a barrel, is the main reason we’re having to pay more at the pump. The price of oil was $104.58 per barrel at the time of this report, compared with about $65 a year ago. Half the cost of a gallon of gasoline is based on crude prices, Armbruster said. “When you factor in the volatility in the market, with demand increasing due to travel and leisure, and of course the supply chain issues related to the COVID pandemic, all of that is really pushing the price back up,” Armbruster said.

What’s mostly driving crude oil prices is Russia’s war in Ukraine, which is putting pressure on oil supplies across the globe, Armbruster says. On May 7, the European Union announced a proposal to impose a gradual embargo on Russian oil. That’s already having an impact on global crude markets. “Even though it’s Europe making those decisions, crude oil is traded globally. And so that can still have an impact on the United States and us here in Texas,” Armbruster said.

AAA Tips to save money on fuel

Studies have shown personal driving habits are the single biggest factor that affects vehicle fuel consumption, according to AAA.

Adopting new and improved behaviors on the road can contribute to significant savings at the gas pump. Here are some ways AAA says drivers can improve their fuel efficiency: